"President Biden’s cancellation of the Keystone XL pipeline permit is a giant step backwards for our country.  The decision will negatively impact millions of Americans while doing nothing to further his stated goal of improving the environment. The consequences will be less jobs, higher energy costs and more dependence on foreign oil. The bottom line is that the oil traveling in the pipeline will still be refined somewhere.  Even the Prime Minister of Canada criticized the decision. I spent years in Congress leading the charge for the Keystone XL Pipeline and was excited when President Trump approved it.  We have seen first-hand the positive economic impact it has had, especially right here in Central Arkansas, while furthering the goal of energy independence. In 2014, I called President Obama’s delays in approving the permit 'embarrassing and unacceptable' because the decision was based on politics, not good science or the country’s interests. President Biden is making the same mistake that President Obama did, and I am asking our federal delegation to continue the fight to reverse this ill-conceived decision."

Click below to watch my January 18, 2012 press conference on the Keystone XL Pipeline. 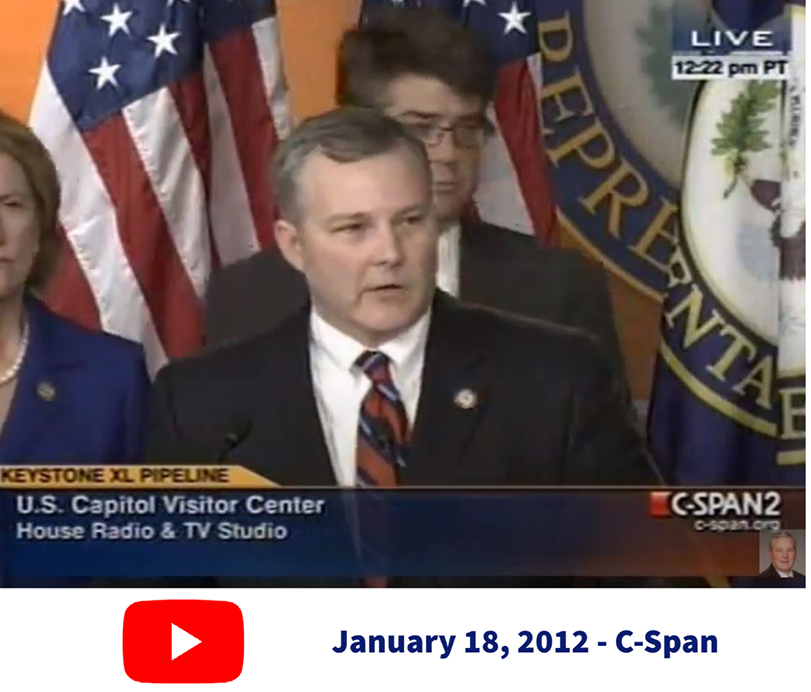